Into the Odd character generator

Into the Odd (by Chris McDowall) is a game that doesn't really need a character generator. It takes less than a minute to create a character with equipment and all.

But since I needed a new project (and really like the system), I made one anyway: http://odd.pushingcows.se

It will generate a new character each time the page is reloaded.

Things that differ from the character generation in the book:

At the bottom of the character creation, I included a random image to spur the imagination of the player and/or referee. Or maybe it will just irritate people, I don't know. The images are all in the public domain and snatched from here.

It should be fairly usable on those smart phones as well.

Yeah, and you can click/tap on your attributes to perform a saving throw. Probably not useful but you never know.

Use to the permalink to save your character (e.g. use the generated link).
2 comments:

Email ThisBlogThis!Share to TwitterShare to FacebookShare to Pinterest
Tags into the odd

Atop the Prismatic Wave, there is a village 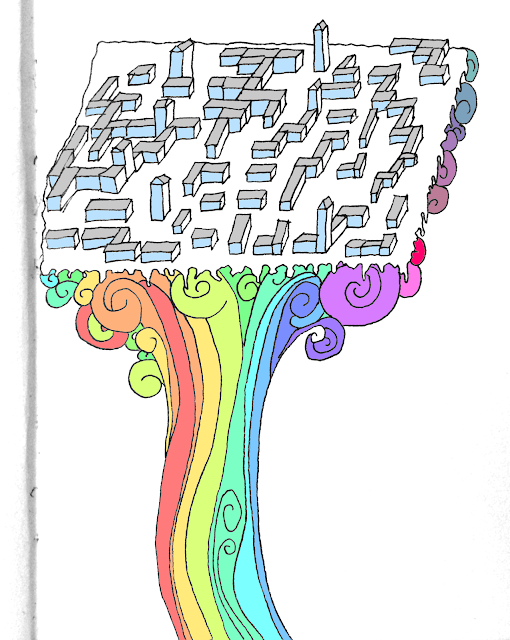 The village on top of the Prismatic Wave travels along. The platform upon which the settlers have build its home is slippery (like algae on wet rock), and many have been lost due to bad (or no) shoes.

Therefore, it is common practice to use a rope and toss it between buildings - if there's a kind soul to give you a hand at rope's end, that is.

The Prismatic Wave is easily spotted due to its vivid colours and 200 meters tall profile.

The four tall buildings each houses a wizard, unable to leave their home. They hate the next wizard in a clock-wise order for reasons not entirely obvious.

Each wizard also keeps a small shop, specialized in one of following items:


They gate these things in through portals (that look very much out of place) on their attics, but may only do so twice a day.

(in the abandoned prison)

(in the forest clearing)

Email ThisBlogThis!Share to TwitterShare to FacebookShare to Pinterest
Tags table

Spells are individuals, meaning there are only one of each in the whole wide world.

The witch who memorized read magic is the only one capable of casting that - until she does, after which the spell is free for all to catch.

You see, you don't put your nose in a musty old tome and memorize a spell - you must catch them.

You bait and you wait. But where do free spells roam? Where should you go? It's mostly all in the name of the spell, for example:

You catch object-bound spells (i.e. sleep, invisibility) by touching the object while pronouncing the spell's name (5% risk of also casting it), while location-bound spells (i.e. web, feather fall) are caught while spending the night in/at/close by the area.

The level of the spell dictates how hard it is to catch.

When you cast a spell, it first does its thing, after which it quickly runs out into the world again to seek shelter. It will not necessarily bind to the same object again.

Be wary of cantrips, by the way. They are so gullible that they'll gladly leave a wizard's mind for another if you just think about the spell's favourite object (and are close enough).
No comments: 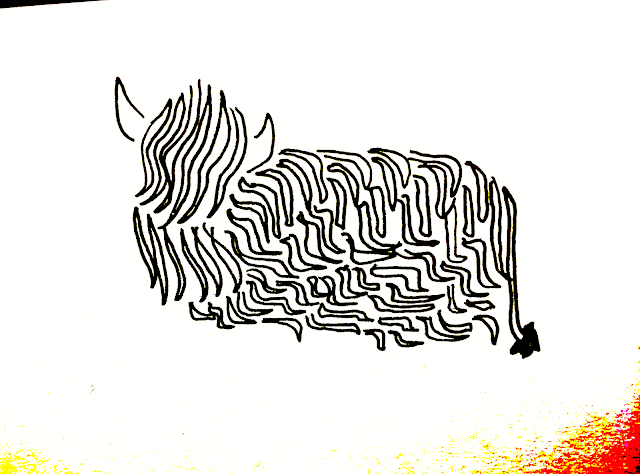 Every universe is a lung

Every universe is a lung.

A left lung, more precisely, because it shares space with the heart of that universe, and all life needs some TLC.

The right lung is the parallel universe to that in the left lung. It is bigger but harsher, because of the distance to the heart. Every being existing in the left lung has a mirror version in the right - only robotic. Robots are calculating, cruel and deterministic - they lack a heart.

The alveoli are where the galaxies and planets are; little cavities at the end of the air supply, supporting life (in both lungs, although the robots doesn't technically breathe).

The only way to reach the parallel universe is to travel through a worm hole junction called the Primary Bronchi. But beware, steer clear of the trachea or you may travel to far and eventually leave the body. If so, aim for the nearest mouth, keep going left and pray to your gods that the next universe is a kind one.

Email ThisBlogThis!Share to TwitterShare to FacebookShare to Pinterest
Tags space

The village that forgot to feed its giant 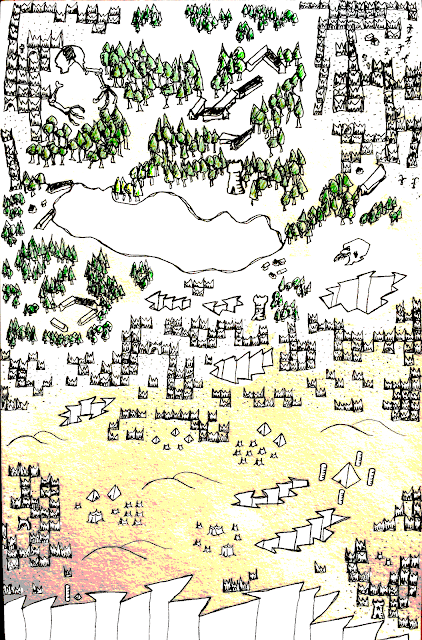 I'm too lazy to write a proper encounter table, so here's one big rumour list instead. I'm so lazy I didn't even bother to divide it into proper sections. And you still have to decide which rumours are true. I'm so lazy. 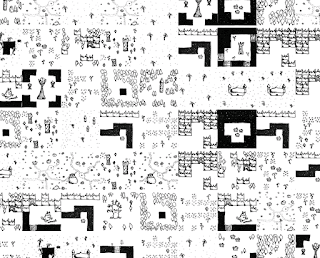 Almost two years ago, I doodled a bunch of geomorphs.

I've now finally made a generator for it: http://morphs.pushingcows.se

It's not the most advanced geomorph generator out there, but it's lightweight and simple to use, something I've come to appreciate over the years.