As the Tower of Impossible Heights descended through the atmosphere, penetrating the purple clouds, it was as the planet awoke rudely, searching in panic for that little mosquito bearing doom, and the continents formed an iris that locked on to the technologically impossible space faring vessel.

UNWANTED, the planet erupted deep in its core.

"What a wonderful place," Klagg said and pressed her head against one of the round windows. "I don't think we've been here before, have we dear?"

Puff didn't answer, but she didn't have to. This wasn't a conversation.

"And look at that, you won't believe me dear, but it feels like we're flying into an eye!" As the word left her mouth, she hesitated and pulled back from the window. "Oh dear."

Puff finished unbuttoning her robe in silence, and left it to rest over the gnarly seat.

Klagg extended her unspeakable arm, and gently tapped on the window glass with her hideous so called finger nail.

"I don't know why you are so wound up," Puff said and pulled out a box from a rip in space next to her. "It's my arm that gets sliced."

"It's the sound, dear." Puff said, and managed to constrain herself from tapping the window. "You know, from your mouth." She circled her own with a rotting finger.

Klagg sighed, and hid the box in the exposed tissues of her body.

"The sound is the whole purpose of the cut," Klagg said, and continued with an arm raised: "Now dear, lead me to the Beast That Answer To No Known Sound, for I am not certain my legs will carry me, and if I fall, I know that I -"

"Oh spare me," Puff interrupted, taking Klagg's arm and leading them both through the main exit vortex on the wall; The Tower of Impossible Heights had successfully landed on the planet, and the beast awaited. 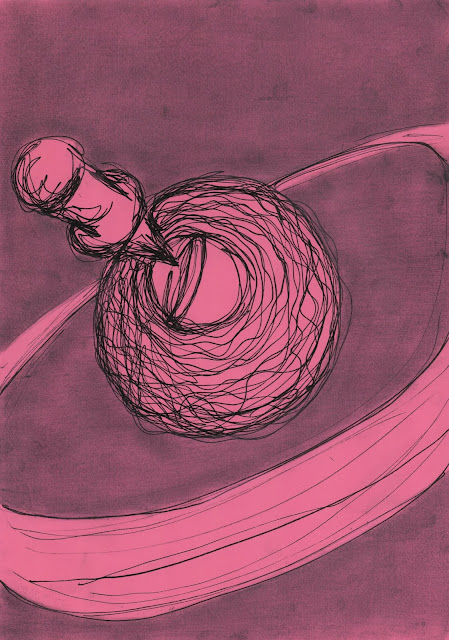