My six year old daughter drew this dungeon a week or so ago, after watching me doing something similar. I think it's a killer dungeon, and I think it shows that she's a great fan of monsters (e.g. she always runs the monsters when we play Castle Ravenloft, and had this to say when she saw an image of Jabba the Hutt: "He looks kind.") And she's apparently a big fan of - plumbing!

Annotated version below the map, with her own descriptions. 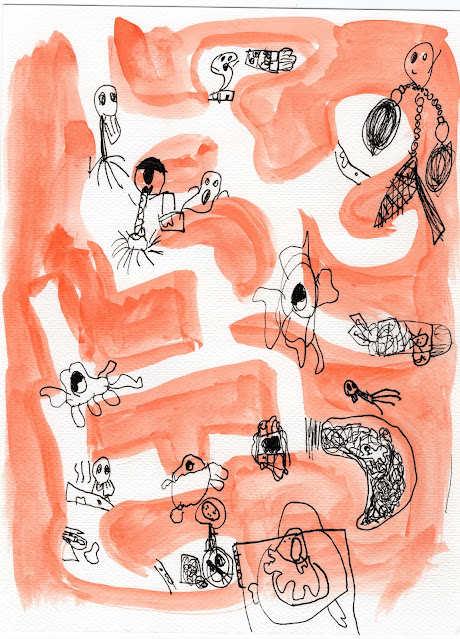 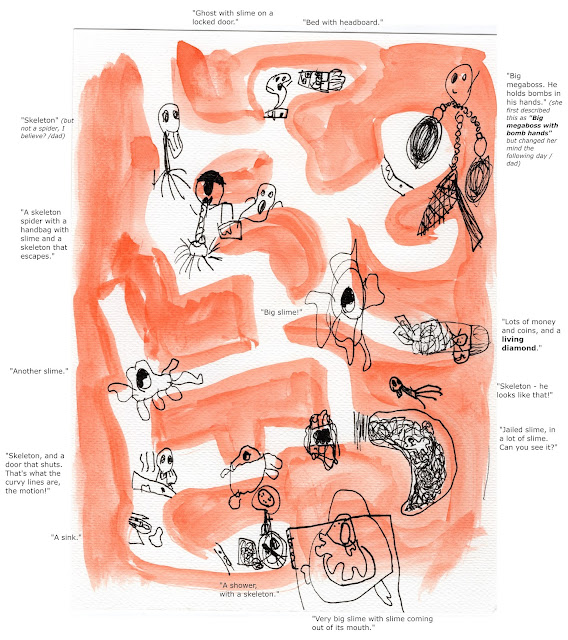 Sejten, a dungeon map, with some hooks

Have a vanilla dungeon map I did over the last two days, including the two smaller mountain range pictures showing the area around the lair/dungeon/slightly evil place.
(And my six year old daughter named it. No I don't think she knows who Satan is.) 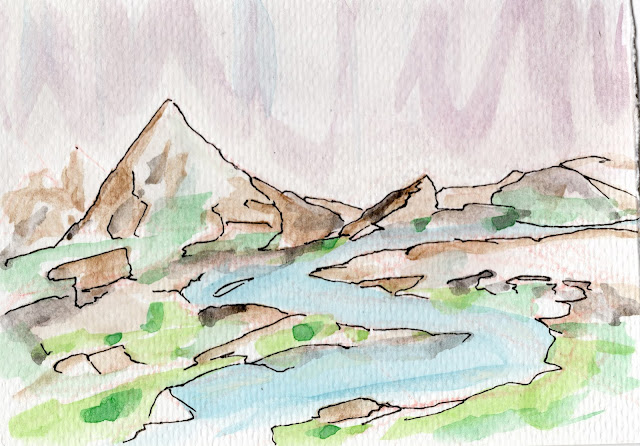 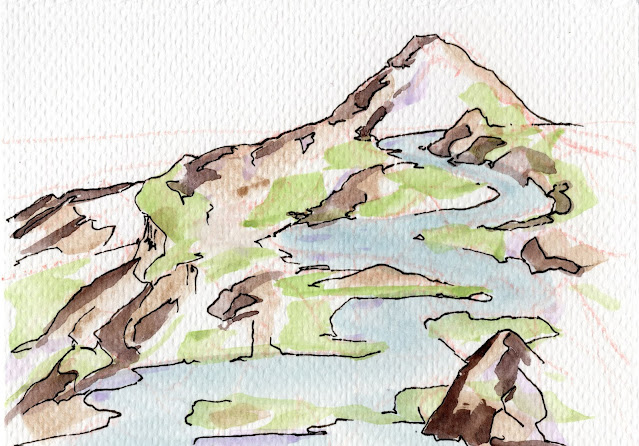 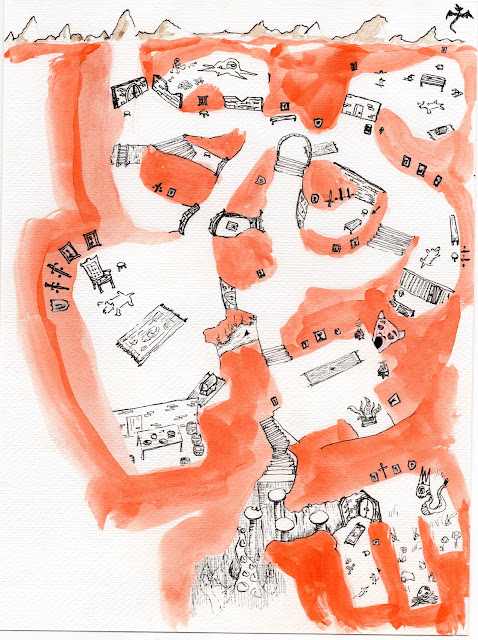 Adventure hooks, or maybe rather just things I make up as I watch the image above that you may find useful to get your creativity going
No comments: