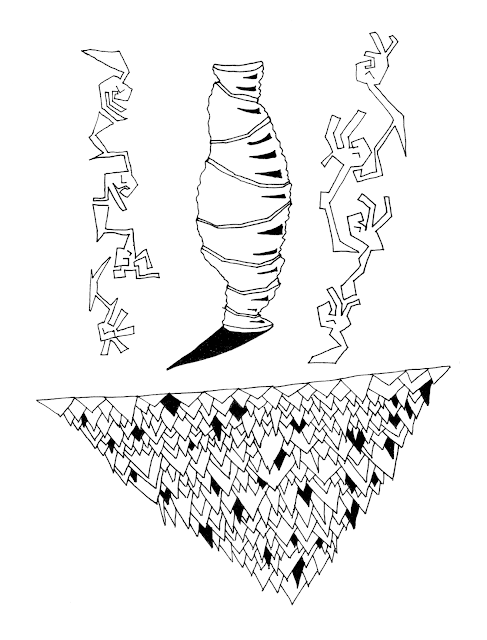 Email ThisBlogThis!Share to TwitterShare to FacebookShare to Pinterest
Tags the dove

The Compleat Spell Book of Metals

THE BAD IN EACH OTHER
Turns the caster and whoever she is conversing with at the moment into best friends, for the rest of the afternoon. They will feel all "IT'S US AGAINST THE WORLD MAN!".

For any outsider, they will just look like two drunks.


GRAVEYARD
Old nursery rhyme. Reverses life status for all those in range equal to caster's level measured in some nice way that makes it turn into a circle like radius thing found in old books about mathematics. In other words - all living humans caught in the radius fall down dead, while their soul seeks out the nearest dead body found in the ground in the same radius, and if found, possess it, raising it from the grave. If no dead body is found, the soul turns into a wight and will haunt the place for the rest of the afternoon.


CAUGHT A LONG WIND
Only deceased wizards are able to cast this spell, right after their last breath. It's basically a fart made up of all spell residue that slips out. It will travel the countryside for a whole afternoon before disappearing.


HOW COME YOU NEVER GO THERE
Truth spell; target will speak truthfully about why she never visits a specific place. If place asked about is unknown, target will get up instantly to seek out a similar place for the rest of the afternoon.


A COMMOTION
Cast upon any inanimate object, and it will start communicating (to the best of its ability). It will not answer questions - you've basically giving something that cannot communicate the ability to do so, and man does it want to tell you about really important things right now!

(Most scholars are certain this spell is misspelled, or a short form for "a communicative motion".)

It will do this for the rest of the afternoon.


THE CIRCLE MARRIED THE LINE
Positions the sun at horizon line, making it instantly sunrise or sunset (determined randomly by the GM by counting the number of birds outside her window). This phenomenon will last for what feels like an afternoon, after which the sun will return to its previous position.


BITTERSWEET MELODIES
Cast upon any wizard, and that wizard's spells will all have pros and cons for the rest of the afternoon. That is, for instance, if a healing spell is cast by that said wizard, it will have some negative effect as well (and vice versa), proportionally to the level of spell just cast.


ANTI-PIONEER
Depending on caster's level, may make a whole town pack it all up, reversing "civilization", giving back the earth to Mother Nature, so to speak. Houses will be carefully taken down, plank by plank; roads will be undug; everything must be restored to "before".

If cast on something not "civilized", several earth golems will rise, starting to undo what Mother Nature has done to this little patch of the forest (or glade), turning it back another thousand years.

If cast in the afternoon, nothing special will happen.

If cast on an afternoon, it turns into lunch.


UNDISCOVERED FIRST
A narrow tower rises from the ground - or water! or lava! or whatever! - climbing, climbing towards the sky, rumbling like madmen beating a thousand drums just enough off-beat, causing a shadow blacker than a dark night in the middle of the universe, to be cast like a pillar itself onto the ground, and anyone caught within that horrific dark shade, will instantly forget whatever first thought they had that day!

(It's a really cumbersome spell just to have people forget things. Most scholars nowadays agree that this spell is overly complicated, not to mention all those tall, narrow towers that get left behind here and there, loitering the countryside like a giant's used toothpicks. And besides, the effect only lasts for an afternoon.)


CICADAS AND GULLS
It's a fly spell, basically, but with an additional side effect that is permant (roll to randomly determine):


If cast in the afternoon, the flying wizard will always spot a ongoing conflict from her view above.


COMFORT ME
Cast upon any caster to make her healing spells turn targets into bitter enemies, making them not wanting any more help from that caster until the next afternoon.


GET IT WRONG, GET IT RIGHT
A two-split spell. When cast, the wizard determines if the target will get her next thing right or wrong, whatever endevour that may be, large as small, but the endevour must be taking place the coming afternoon.


WOE BE
Makes the target fall in love with a bard. The bard will return this love only in letters, ending each with "Meet me by <SOME PLACE OFF BUT NOT TOO REMOTELY> this afternoon, dearest! This time surely I will come!"

A land with a crash 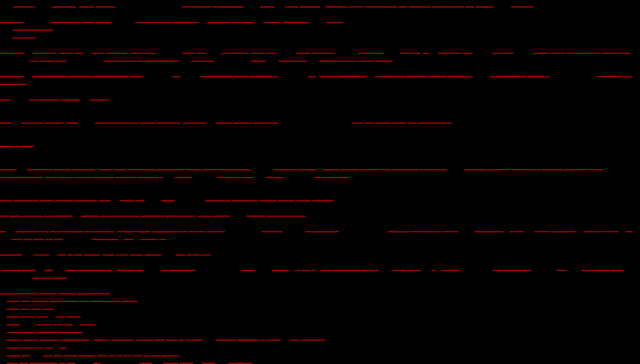 (I cshould probably take a screenshot of this, I'll try to remember, but it will just show a Firefox tab that's completely black with some red wavy things because  probably didn't turn off spell checking on the element I made editable...? )

(Also, correcting things with backspace and/or delete is nigh impossible, because I can't see anything.)

(Anyway, on with the adventure)

THUNDER STRUCK, AND SPLIT THE BLACK STONE, in which two spider eggs were.

One was Nym, the other Myn.

The eggs rolled away in different directions, because the large rock that contained them stood on a high hill in a forest somewhere.

So the eggs disappeared into separate directions.

Fourhundred and fiftyseven years later, both eggs hatched. At the same time..

the web of nym
IS A TOWER HARD AS ROCK BUT BUILT ENITRELY OF SPIDER WEB. nym WEAVES WEB BLACK AS TAR.

tHE STRUCTURE RESEMBLES A TOWER, BUT THE BASE IS WIDER, AND IT GETS MORE NARROW TOWARDS THE TOP, LIKE A CCHEESE WEDGE.

iT IS HUNDRED METERS TALL, BUT THERE ARE NO FLOORS INSIDE, ONLY STRINGS OF WEBSHOOTING ACROSS HITHER AND DITHER.

r 1st iNSIDE THE TOWER (YOU CAN'T LOOK IN FROM THE OUTSIDE BECAUSE THE WEB IS TOO THICK), THERE ARE MILLIONS OF BONES TANGLED UP HERE AND THERE.

tHERE'S A LARGE (SIZE OF A BIG HORSE) SWORD AT THE TOP OF THE CEILING, ONE OF LAST FEW PIECES FROM hRUGHR THE gIANT. iT IS ABOUT TO FALL DOWN, AND WILL CUT THROUGH ENOUGH STRINGS OF WEB TO MAKE THE STRUCTURE COLLAPSE (IT HANGS FROM THE HILT OR HANDLE OR WHATEVER YOU CALL IT).

tHERE'S A TREASURE CHEST ENTAGLED TEN METERS UP, AND ANOTHER ONE TWENTY METERS UP. tHEY CONTAIN A CRUCIAL QUEST PLOT DEVICE FOR WHATEVER QUEST THE PARTY IS TRYING TO FULFILL.

ND/OR A MONKEY HEAD IN GOLD

nym IS NEVER HERE. sHE HAS ABANDONED THIS TOWER, WHICH IS WHY MOST THINGS JUST GET STUCK AND DIE OF OLD AGE. oR BOREDOM.

wmyn IS REALLY TINY SPIDER, BUT HER PSIONIC POWERS LETS HER LEVITATE STUFF ABOVE HERE. . sHE'S VERY KEEN ON HAVING THORNS AND OTHER SHARP OBJECTS ORBIT ABOVE HER FOR PROTECTION. sHE CAN ALSO FLING THESE THINGS AT HIGH SPEED, KNOCKING OR EVEN KILLING WHOEVER IT HITS.

myn KNOWS HER TWIN SISTER nym IS OUT TO GET HER, AND NO PEBBLE TOSSED WILL SAVE HER THERE.

sO myn BUILT HERSELF A VAST LABYRINTH BELOW GROUND, TOO TINY FOR MOST CREATURES.

iT IS ACCISBLE THROUGH NARROW, VERTICAL TUNNELSE THAT GOES STRAIGHT DOWN FOR A HUNDRED METERS, LIKE SHARP NEEDLES INTO THE GROUND. (sorry for hathe caps-lock, I didn't realise it on, I just saw the ligh on my keyboard indicating I had it turned on).

Anyway, so NYM is out to eat MYN. One very large spider, and one very tiny.

(At this point in the text I'm wondering if I should let it rest til tomorrow, for illustration (Also blind folded), to see if I can remember things just about right, or if I should just post it, nah alright I'll just post this as is with some ugly illustration, no one cares)

QUESTIONS THAT NEED ANSWERS:
1. Why did NYM abandoned her enourmous tower?
2. How old are they?
3. Why were they in the stone?
4. Why must NYM kill/eat/b MYN?
5. What does MYN's labyrinth look like?
6. What about MYN's shrink-ray I didn't mention, which she uses to shrink and enslave humans to work in her labyrinth?
6. What number am I on?
7. How the hell did the giant sword end up at the top of the ceiling?
7. Can the screenshot of my black on black Firefox with red wavy lines be used as a dungeon map for this stupid adventure that isn't a adventure but merely some poorly written hook?
2 comments:

There's no such thing as wind

There's no such thing as wind, or breeze or so. It's all annoyed ghosts and spirits. Even when you breathe out air, that's a minor ghost.

A gust: slightly irritated.
A squall: annoyed.
A tornado: out for revenge.

Don't get me started on farts.
No comments: