Have you played Telephone Pictionary Game? I can't remember if I've had, but the gist of it is basically:

(The original game makes you construct small booklets and what not, but you get the idea.)

What if you used this idea for spell research?

Let's say your average player Börje Bajskorv wants to research a new spell for his character. He writes down the complete spell description - intent, usage, whatever, even a preferred spell name - on a piece of paper, and passes it on to another player/DM.

They now have to illustrate it on another (blank) piece of paper. When they're done, they pass the illustration on to another player, who interprets the picture into words.

The new spell interpretation is then passed on to yet another player (or DM), and so on, until it finally lands in the hands of the original spell researcher as a written interpretation - and that is the final spell.

You could probably make it so that spell level is dependent on how many times the spell needs to be passed along (e.g. alternating between being drawn/interpreted).

This is a completely untested idea, so I assume it works flawlessly! 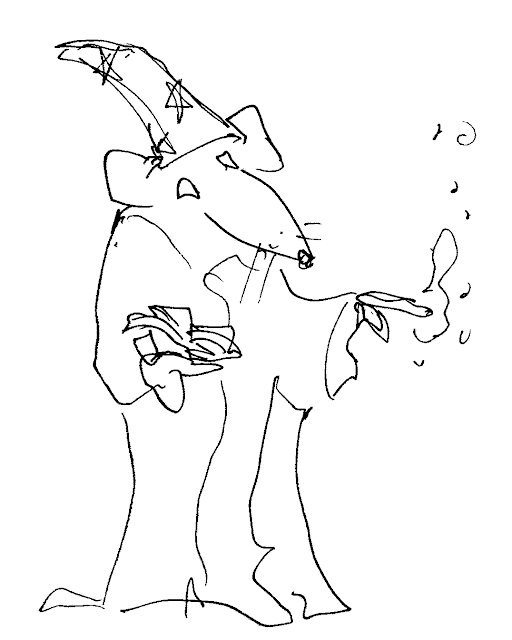