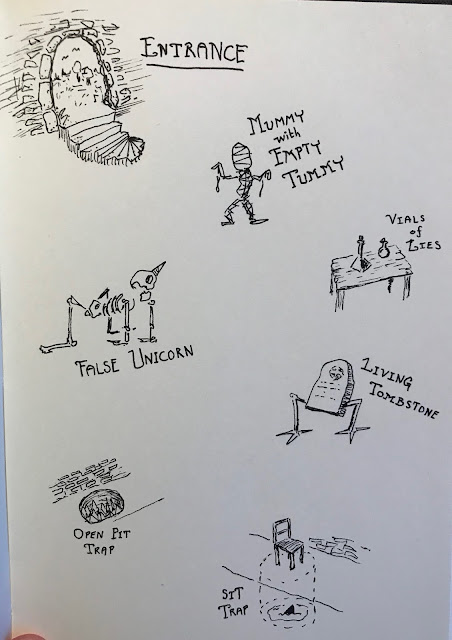 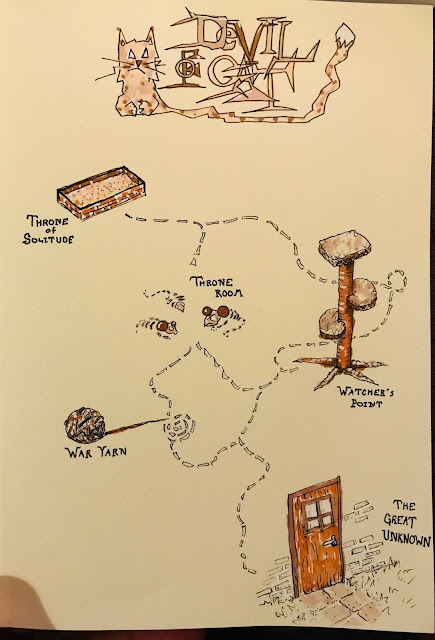 God jul! Have a cat map. Random encounters in the comment section if you please.

Cicely de Cairn is really bad at what she does, but at least it doesn't cost you an arm and a leg.

In short, she can bring that which is dead back to life.

But as stated above, she is really bad at it.

She used to call herself a NECROMANCER, because, she thought, she dealt with the dead and so. But then that became a bad thing, so she had to relocate, and give herself a new title.

So she started to call herself a UNDEAD UNDOER, because, she thought, she dealt with undoing death. But it turned out that attracted the wrong clientele; necromancers who regretted having created certain undead and now wished to restore those to some previous state.

The combination of having your front porch occupied by zombies, ghouls, skeletons and regretful, powerful necromancers with strange, geometric hats and short temper - and being terrible at your profession - turned out to be a tad too much for poor Cicely, so once again she had to relocate, and give herself a new title.

So she started to call herself a BAKER, just to give herself a break. That didn't last long, and left deeper scars in her consumers than those necromancers would've, so once again she relocated and gave herself a new title.

Her latest title is LIFE INFUSER. Having done at least some research, she is now certain that it won't attract the wrong type of clientele.

But, as previously stated, she is really bad at what she does. But she is kind - and will have a gathering of bugs running around her feet at all times. She doesn't have any permanent residence, and will most likely be encountered in the vicinity of any settlement.

Cicely de Cairn is able to resurrect that which has been dead for less than two days without any side effects - if, and only if, it is at most the size of a normal sized beetle.

Trying to resurrect anything larger than that will always result in one or more negative side effects.

Cicely de Cairn is an interesting one; she doesn't know how to charge people for her services, but she do enjoy a show:

Instant. The object rises as if been awoken from sleep. Beware: no wounds will be healed, nor will any limbs grow back.

As previously stated, unless you're resurrecting a beetle or an ant, there will be negative side effects: 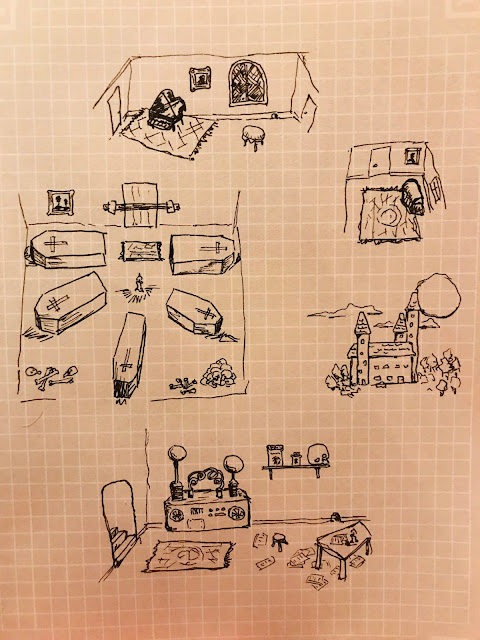 My daughter provided this list of possible names for a vampire: