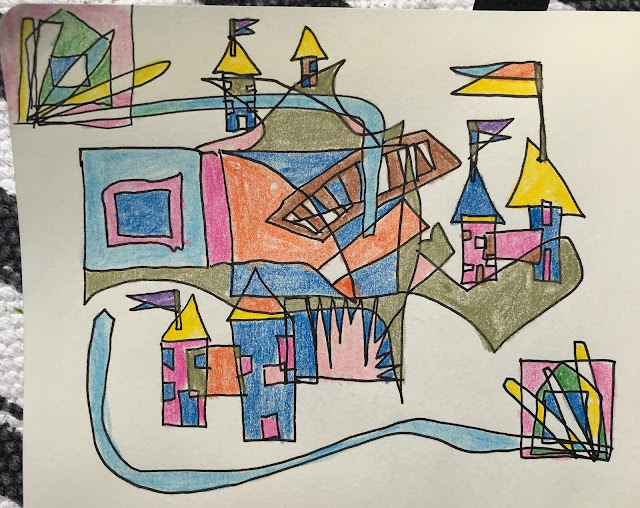 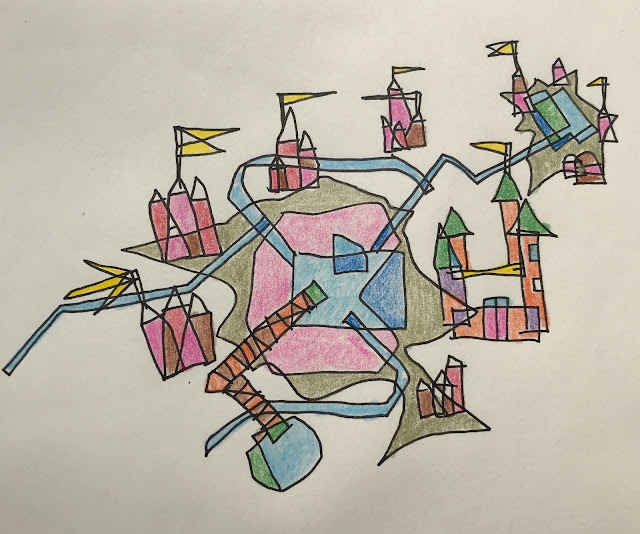 Just a short and untested idea that's probably been hashed before, but:

Instead of keeping a separate record of what spells that are memorized, make them take up inventory space/weight equal to their level.

So if you're tracking inventory space in a grid system: level 1 spells takes up one space, level 2 spells takes up two, and so on. Or if you're counting weight, make their level equal to some logical unit like pounds.


And to end this post, here's another picture of two wizards arguing: 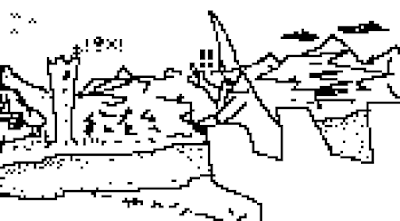 Don't choose your own adventure: BOOK 1 - EVIL WIZARD OF SOMETHING SOMETHING

Wanderer they call you. Bringer of wealth and bad luck. What ever truth there is in anything, the tavern in front of you will do for the night.

As you step inside, a gnarly old woman holding a glass bauble with swirling swirls inside eyes you from top to toe and is just about to give you a quest but instead you choose to walk over to the barkeep who looks bored as shite.

He eyes you from top to toe and as he's about to ask you something really cryptic and insinuating, you instead toss a knife in his shoulder due to a really good roll of your pen, and as you swing yourself swiftly across the countertop feet first knocking the poor man over and through the back wall - knife still in shoulder - you find yourself landing next to a really old map scribbled with ancient writings that for some reason holds your name. Instead of taking it, you rise to your feet again and walk out to the gnarly old woman again.

She eyes you from top to toe again (along with the rest of the establishment), and as she's about to open her mouth for the second time - swirling bauble in hand - you instead choose to run for the window and throw yourself head first, dealing minimum damage to the north-eastern part of your left knee.

Outside (again), a distant howling brings your attention to the blood red moon above. As it turns around in a unfathomable way to reveal some eldritch, unspeakable horror, ripe with adventure and fortune and more adventure, you instead choose to enter the tavern (again) through the front door (again).

As you step inside, a gnarly old woman holding a glass bauble, gives you a tired look. She raises a finger, pointing directly at you, and as she opens her mouth to hand out your quest, you instead choose to walk over to the countertop (again), where a groaning, pale barkeep tries to uphold his balance. There's a large hole in the wall behind him.

He tries to focus on you - his eyes are a bit all over the place - and as he opens his mouth to reveal the entrance to the inverted tower beneath the tavern, you choose to grab the knife stuck in his shoulder to try and pull it out.

Thanks to another great roll of the pen you instead swing the barkeep over your head as your arm completes the half circle motion, and he takes flight like a boulder tossed by a bored giant.

He lands on the gnarly old woman, who by now quite frankly is tired of your shit.

You hear a distinct cracking sound of glass breaking - the glass bauble! The swirling swirl inside is seeping out into the room, and panic ensues among the guests. A haunting voice booms out, counting backwards in an ancient accent - the end is nigh, but there is still time. An iron pot within reach, a dome to cover the doom - at least something to buy the world some more time.

Finally, at last, you choose the right action, and with iron pot in hand, galloping towards the cracked glass bauble on the floor, you suddenly die, because there was something in the starting chapter of the last book that you ate but shouldn't have, and here ends your adventure.

Email ThisBlogThis!Share to TwitterShare to FacebookShare to Pinterest
Tags DCYOA

This is a silly and untested idea.
But what if player's could build up to some grand finale, some kind of über powerful finishing move, but daisy chaining their spells? Maybe there's some kind of power meter, a gauge, that builds up a little bit, for every successful chain?
And how do you daisy chain spells?
Well I'm thinking, one way to do it would be to cast a spell that starts with the letter that the last cast spell ended with.
For instance: FIREBALL => LIGHT => TELEKINESIS
Each chain builds up that gauge a bit - or maybe each chain adds that spell to some bucket, that releases them all at once, when the proper word is pronounced, or decided upon, or when the chain is broken. Or record each spell level, and treat the sum as a bonus to the last spell cast that breaks the chain.
And to end this post, here's a picture of two wizards arguing: 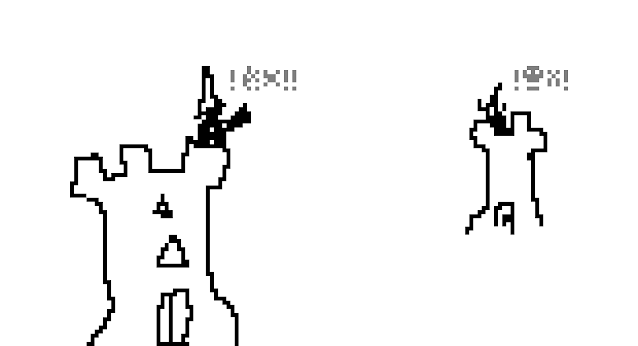 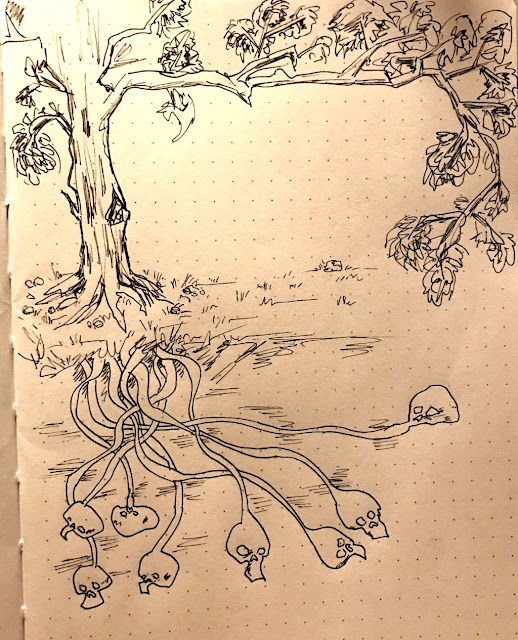