This is a short adventure setup that's extremely untested. But most of the stuff on this blog is, so anyway.

The setup is: the player character's got an invitation to an old mansion. Upon arrival, the mansion seems empty, but the front door is unlocked, and there's a flickering light coming from a room further in.

Now, there's more to it of course, known only to the DM: the invitation is really really really old, and not really for this group of characters, and it's not the only one sent out. In fact, this very delayed invitation is just one ordinary (depending on what the DM rolls below) invitation (dinner invitation perhaps) among multiple others sent over the years, by several of the previous house owners.

You know, if you just bought a nice mansion, you'd want to have people over to show it off. And the next owner was probably thinking the same, maybe hunt some deer or boar and then feast on it.

And the next owner was probably also thinking the same, only that one happened to worship some demonic creature from the abyss, so his invitation had a very different meaning.

And the owner after that was also a very charismatic person that wished to have a great feast, so she also sent out an invitation, but kept that little detail of the hellspawn in the basement that demanded a sacrifice to herself.

And that nice couple that bought the mansion after that, who always had those nice dinner parties that everyone wanted invitations to, who just happened to be a dividable creature from beyond our solar system that sucked people dry of blood and marrow.

And the mechanical creature with a borrowed skin that had meat hooks in the attics, were it... Well, anyway, it too sent out invitations.

And so on, one more terrible than the other, because there's something in the walls of that old mansion that drew them there. But this was all a very long time ago.

And they all sent out invitations for great dinner parties, or Sunday tea, or whatever, and some of these invitations were extremely delayed because of the postal system - but never lost.

And so, the player characters receives one of these invitations - by chance, by accident, by fate - and they may wish to act upon it. Or not. If they don't - well, there's always a lot of other great blogs.

But if they do, and they arrive and step into that awful - somewhat abandoned - mansion, one major thing happens: every fifteen minutes, another group (at least two) of people arrive, since they also got one of these very very very old invitations. But there's a 50% risk this group has seen through the invitation - and actually embrace it. That is, they too share that diabolic/demonic/other worldly horrific craving.

(At this point in the post I was planning a drawing of the mansion, all 3D, very Ravenloft, very clickbait, very I don't know what I'm typing any more, I'm a bit tired, maybe I'll draw something in PBRUSH.EXE with this trackpad, hold on)

(And at this point in the post I was planning to have a list of 100 invitations, and what horrific stuff the writer actually had planned, and so on - but I leave that as an exercise to the reader)

(if you read this far)

(are you still reading?) 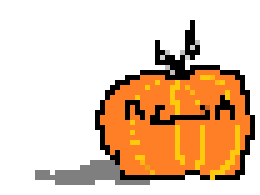