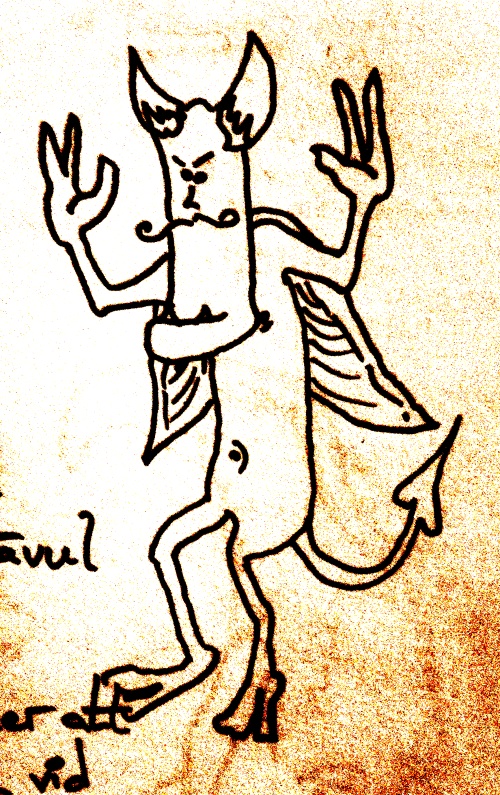 A spell of summoning tiny devils from below (or above, if you're already down there).

Die results:
1. Either this die failed a summoning (nothing happens), or you've summoned fourth their master as well (see more further down)
2-3. Wicked devil (red)
4. Chaotic devil (slowly changes skin hue in pulses, going through the colours of the rainbow)
5-6. Nice devil (purple)

Chaotic devils are further divided into:

Alternative for when a summoning die shows a one:
Instead of indicating a failed summoning, you've actually brought fourth a big, horned devil. It will take control of the other small devils, and attack immediately.