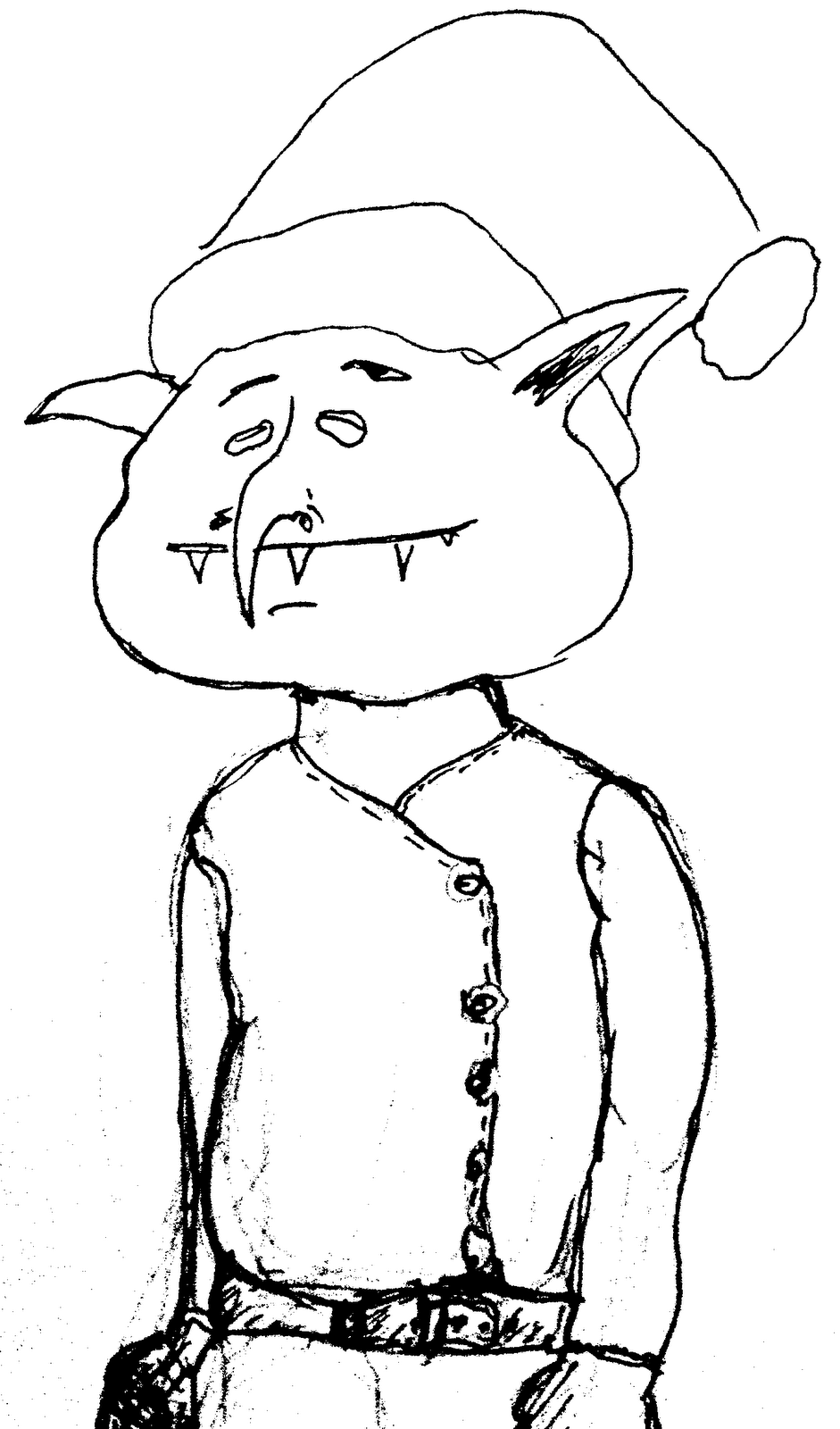 During the long, cold winter, 1 out of 20 goblins is affected by the annual common goblin cold.

It's a short lived illness, lasting no longer than a a couple of days, during which the goblin besides sneezing will:

The goblin is struck by a compulsive behaviour, forcing it to hand out gifts whether the receiver wants it or not. It will do this mostly during the dark hours of the day.

The presents are wrapped in:
Unfortunately for the gift receiver, the wrapped present may contain anything the sick goblin finds during his travels, most probably something it steals from any settlements it wanders upon.
In general, the gift most probably contains:
The condition of the content is:

Although most goblins don't speak the human tongue, it never hurts to say "thank you".