My daughter's monster: a blob

This (very early) morning me and my eight year old daughter had a little drawing session, and she made up this blob monster; image and description and all. Maybe you could use it in this dungeon? Enjoy! 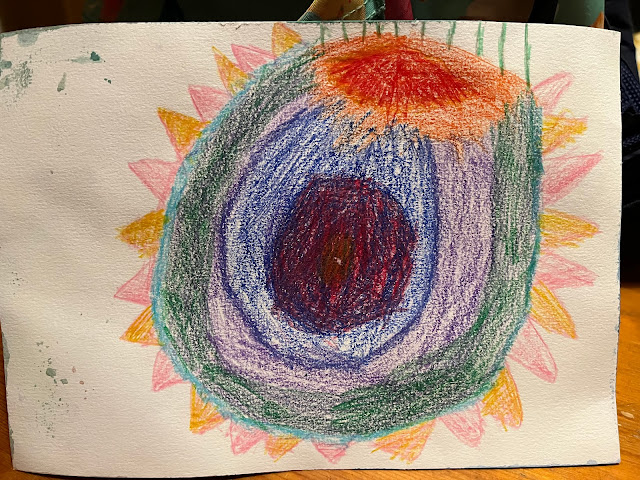 Thorns hitting adventurers depletes health, but if the thorn hits a fellow monster the effect varies with where it lands:

The blob is built in layers (starting from the innermost):

The north area of the blob (just below the green lines) is a wound that didn't heal all too well. Mostly lava.

The sharp thorns around (triangles) comes in two variations:

The creator of such a blob is immune to its effects. If the creator is killed, the blob will resurrect them.