A 30-minute map and adventure - I spent 15 minutes on the bloody one-line drawing below so I don't have much time left! 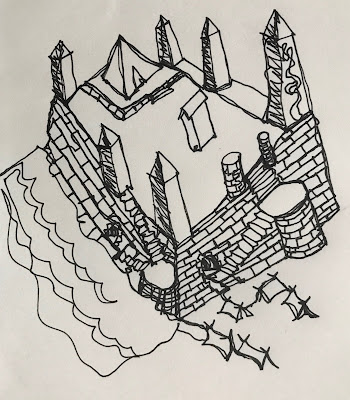