The balloon that mustn't land 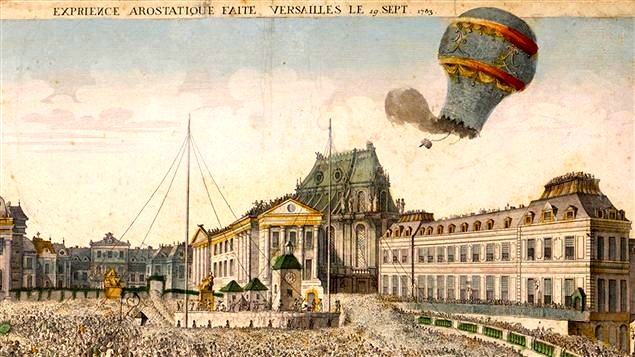 Every now and then, a blue hot air balloon passes over Bastion. Usually it's high above, but its presence still makes people nervous, as if they worry it would drop down from the sky any second.

It goes by many names - Death's Blue Bell, The Bastion Bye, The Doomed Shroom, Mankind's End - all conveying the same meaning: you don't want it to land, at least not here.

Sometimes it's descending a little too low for people not to do anything about it, and suddenly small groups assemble out of nowhere claiming they know how to make the balloon rise again.

1-4: d6 Priests of Pupa - STR 3, DEX 3, WIL 15, 3hp. Robed, Bluetinted fingertips, Bulging backs (concealed mechanized wings, d4 Damage). Real reason they want to visit the balloon is:
1: The God of Pupa lies in at the bottom of the wicker basket, looking like a large withered leaf with a fanged mouth. Should the balloon land, the God will evolve into the God of Imago, a deity worshipped by a rival priesthood. The Priests of Pupa wishes to keep their god in this state.
2: The schematics for their mechanized wings (among other things not yet commonly known) are hidden in the wicker basket. The whole thing is a hoax by the priests themselves to keep people out.
3: The wicker basket holds the Bomb Ova, a really, really powerful bomb. A priest flies up and feeds the bomb his/her blood (all of it), making it go for another lap around the planet. Each lap takes it one step further in the metamorphosis. The priests hopes for a really big bang, and they've been waiting for some years now.
4: A bucket of blue paint stands in the middle of the basket. The priest dips his/her fingers in it, making the balloon rise again, and then they fly down again. The bucket is actually a portal to a piranha infested part of the Long Sea; the fingertips are bitten off and replaced with a gelatinous substance much like rubber. Should the balloon land, the bucket will leak all of the Long Sea.
5-7: Fancy Dresser - STR 9, DEX 7, WIL 5, 2hp. Fancy Dress, Fancy Hat, Fancy Face, Well-spoken, Slim. Real reason s/he wants to visit the balloon is:
5: Mad and/or compulsive liar. Doesn't have a clue what to do up there. Whatever is in that balloon, this bugger will make it come down over Bastion. Run for your life.
6: An Oddity that spits out coins when fed rats is hardwired into the wicker basket. The greater the altitude, the bigger the coin. Explains the bag the fancy dresser is carrying with him/her.
7: Several paintings of the fancy dresser lies scattered in the basket. All portraits look more dead than alive (several are actually dead). By dropping off a fresh painting in the basket, the fancy dresser extends his/her youth by another year, since the portraits does the ageing. Should the balloon land, the portraits manifests into real beings, and will hunt the fancy dresser down (and after that, everyone else, because when you're pissed off you're pissed off).
8: The Scientist Not From This Planet Or Age Or Game But Nobody Believes Her - STR 3, DEX 3, WIL 10, 1hp. Ragged clothes, Black eye, Modern Gun (no ammo), Post-its that form a star map. Fourth wall breaker. This person must be from another game the GM owns, and she knows that the balloon contains a big bad monster from her game (GM's pick) that will transfer to Into the Odd should the balloon land (and if it does, neither she or the monster must be available in the other game). Going on a dangerous expedition with her is the only sure way to make the balloon rise again, for some odd reason.
9: 1024 Ordinary Cats. Somehow, it is commonly known that these little animals are up for the job, and they do it good. They'll leap from rooftop to rooftop at midnight, and eventually take flight to reach the balloon. Unfortunately, they'll all vanish for at least five years, causing severe rat infestations throughout Bastion.
10-11: d6 Arcanum Sacrificium - STR 8, DEX 8, WIL 12, 2hp. Lost limb(s) and/or Eyes, Look of resignation, Whispers. They want to go up and collect the heavy, world-devouring Arcanum that makes the balloon descend, to destroy it properly (e.g. without activating it). But every time they've collected one evil Arcanum, someone (or something further above, and bigger) drops another into the basket.
10: (see entry above)
11: A couple of individuals in the group (d6, or all if roll is greater) have been contacted/blackmailed by Underground guilds, to bring them the Arcanum in exchange for riches/freedom.
12: d8 Not From Bastion Men - STR 12, DEX 10, WIL 12, 5hp. Off-putting face, Baggy Clothes, Filthy Crowbars (d6 Damage, diseased). "Dats our b'loon, lads," they say. "Hands off." They will not accept that the balloon lands in Bastion, and will declare war over it. Someone heard something about their boss being in the basket, another heard that their entire capital is in there. Whatever it is, it mustn't land here.

Email ThisBlogThis!Share to TwitterShare to FacebookShare to Pinterest
Tags into the odd